The Dazzlelac is made with reference to that great British artist Norman Wilkinson.

During the Great War, German U- Boats achieved unprecedented success in attacks on British ships, sinking upwards of eight per day. Norman Wilkinson, himself a submariner decided that since it was not possible to hide a ship on the ocean, a far more productive question would be: How can a ship be made to be more difficult to aim at from a distance through a range finder? Wilkinson decided that a ship should be painted “not for low visibility, but in such a way as to break up her form and thus confuse a submarine officer as to the course on which she was heading”.
After initial testing, Wilkinson’s plan was adopted by the Admiralty and he was placed in charge of a naval camouflage unit, housed in basement studios at the Royal Academy of Arts. There, he and about two dozen other associate artists and art students, model makers devised dazzle camouflage schemes, applied them to miniature models, tested the models (using experienced sea observers), and prepared construction diagrams that were used by other artists at the docks (one of whom was the Vorticist Edward Wadsworth) in painting the actual ships.

The artist, or musician, who plays this guitar will remain an uncertain ‘moving target’. Some may say he is a blues musician, others a punk rock player, yet another will accuse him/her of being a copyist or a useless rouge. But what ever the insult, no one will be able to get your range and sink you with a torpedo. 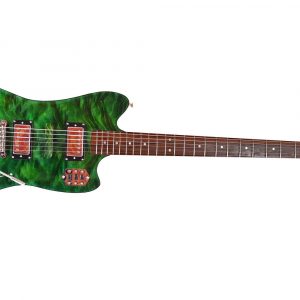 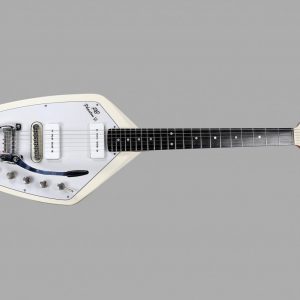 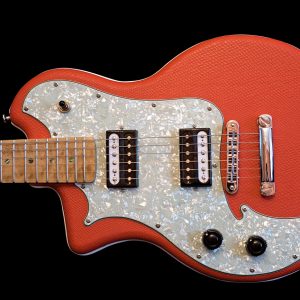 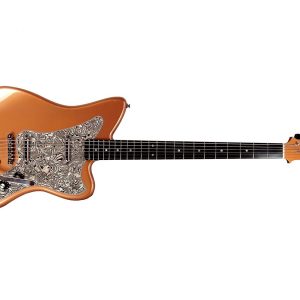